Not all music is made using traditional instruments. Musicians have experimented with electronic instruments since the 19th century, and now electronic music is a staple of the music scene. The unique, digital sounds provided by these instruments make for some interesting and great songs. Get into a groove, and check out some of the best electronic musicians in the business.

Formed by Guy-Manuel de Homem-Christo and Thomas Bangalter in 1993, the French music group Daft Punk is well known for its work with electronic music. The two founders met at Lycée Carnot in 1987, where they bonded over their similar interests in film and music. Daft Punk’s name actually comes from a negative review the two received early on that referred to their music as “daft punky thrash.”

Daft Punk debuted its first studio album, “Homework,” in 1997, and would continue to gain acclaim with each new album. Other famous albums from Daft Punk include “Discovery” and “Alive 2007,” which won a Grammy Award. The group even managed to work its way into film, as it performed the soundtrack to the 2010 Disney film Tron Legacy.

The group members are known for not showing their faces in public. They usually wear robotic masks to hide their faces during live performances and music videos.

The German band Kraftwerk is another group that is famous for performing electronic music. Founded in 1970 by Ralf Hütter and Florian Schneider, the group’s work is seen as one of the reasons behind the rise of electronic music’s popularity in the late 20th century. The members experimented with pop-based melodies on their electronic instruments, and would soon develop this into a distinct style of music.

Kraftwerk committed to electronic music in its fourth album, Autobahn. This commitment was a smart decision, as it was this album that helped the group rise to stardom. From there, the group would go on to produce many more popular albums, including “Electronic Café” and “The Man-Machine.”

Kraftwerk was given the Grammy Lifetime Achievement Award in 2014, alongside other famous music groups, including The Beatles.

Not all of the famous electronic artists out there work in groups. Richard David James, also known by his stage name, Aphex Twin, is a British musician that is well-regarded in the electronic music scene. Known for his ambient music, Aphex Twin combines the best elements of different genres to compose his songs. Grant Wilson-Claridge, one of his record partners, coined the term “braindance” to describe this style of music.

After releasing some smaller records at the start of his career, Aphex Twin started gaining recognition after the release of “Selected Ambient Works 85–92,” his debut album. In addition, his 2014 album, “Syro,” won him the Grammy Award for Best Dance/Electronic Album. His work has inspired albums from several other musicians in the industry, including Daft Punk.

Tangerine Dream is another popular electronic group from Germany. Formed in 1967, this group is another early pioneer of the electronic music genre. Originally focused on surreal music, Tangerine Dream eventually moved on to an electronica style inspired by several popular musicians, including Jimi Hendrix.

Synthesizers, sequencers, and similar instruments make up the group’s primary instruments. In fact, the group’s founder, Edgar Froese, built many of his own tools to record music before the sequencer was popularized. The group made many popular albums, with“Rubycon” among the most popular. 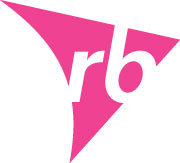