The Rise of Unconventional Office Designs

In the current business climate, unconventional office designs are on the rise. While many office workers are comfortable working in standard office environments, others strive to introduce new ideas to improve efficiency. To some, these additions can be seen as a detriment to productivity levels. Others see them as welcome additions that accommodate younger employees and make work more enjoyable for everyone.

Learn why designers can succeed by straying from the norm, and check out some notable examples of unconventional design.

Why Something Different Isn’t Bad

There are people who will scoff at the idea of unconventional office design. This is because it ignores many of the conventions we take for granted. People will question the benefits of having something like a game room in the office, because it can distract people from their work. However, including things you never traditionally see in an office environment has a number of benefits.

Places like game rooms can help workers recharge during the day so they don’t get burned out. In addition, having a colorful, playful office design could make your company stand out from competitors, while making your business more enticing to younger talent. Designs like these may seem weird to some, but others will see them as interesting alternatives that can make work more enjoyable.

Here are a few standouts in unconventional office design:

When you think of a traditional office space, things like yoga rooms, game rooms, and cafés don’t immediately come to mind. Despite this, many office designers build in these unconventional rooms to give workers a place to recharge their batteries.

Sometimes workers need to get away from the action and rest for about twenty minutes before getting back to work, and that’s just what these “recharge rooms” are meant for. Whether they allow workers to play games with others, get a drink, or do a few yoga exercises, recharge rooms give people the chance to get a break from their busy schedules.

Some will see these as a waste of time that ruin productivity levels, but if workers don’t get the chance to relax they could burn out, which leads to lower productivity anyway.

When it comes to unconventional workspace design, it doesn’t get more unconventional than slides. This is a bit rare, but some office buildings incorporate fun novelties in order to create a more playful environment for workers. Google is known for including fun features, including a volleyball court and slides, at its Googleplex headquarters in California.

Perhaps the best example of this kind of unconventional design can be seen at the headquarters of LEGO in Denmark. To match the simple, fun nature of the construction toys, the building is filled with several fun things, including slides and furniture modeled after actual LEGO products. Since these companies have bigger budgets, they are able to have a little more fun designing their work environments.

One last example of unconventional office design deals with the concept of biophilia. The biophilia hypothesis deals with the idea that humans are inclined to seek connections with nature, and how the process of doing so is associated with positive emotions. This has been proven with certain office designs, as workers tend to be happier when flowers and other plants are nearby.

This has led to the creation of biophilia-based workspaces that are entirely based around the incorporation of plant life. By setting up trees, plant walls, and furniture made from natural materials, office designers strive to create a positive environment that helps workers connect with nature. By turning offices into indoor gardens, workers end up being much happier and more productive throughout the day. 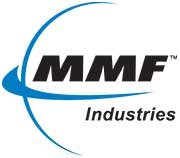